Henriette Finne (born 1966) is a Norwegian painter. She has a Master of Arts degree in painting with a Major, from what is today the National Academy of the Arts in Oslo, KhiO. She has had almost thirty separate shows and sixty joint exhibitions. Several large companies, like Fred Olsen Cruise Line and Norsk Tipping Kunstforening, have acquired Finne’s art.

Finne has been a full time artist since the late nineteen-eighties. She was at that time part of a creative underground milieu in Hamburg. Her artistic endeavours took her across Germany in a modified police truck from the 1950’s. And from there, she went on to a spiritual and magical stay in Zürich, Switzerland. A four month stay as a cave dweller on the stony shores of La Gomera has also made a mark on Finne’s identity as an artist.

In the 1990’s she once again was a part of the liberal arts scene in Germany, this time in Berlin. Through the art academy she did research for her master’s degree. Finne was provoked by what she saw as narrowness in existing gender roles, and the way sexuality and eroticism was reproduced in society. She explored these themes in various conceptual artistic mediums, like readymades and photography.

A consistent element in Finne’s life as an artist has been that she seeks out new impulses and does not shy away from experiencing new things on her own terms, or breaking with the conventions that surround her at any given time, something which can be seen in her art today. She chooses to ignore differing trends within the art world by sticking to the genre of painting, which has been considered less relevant since the 1960’s. Within this traditional medium Finne makes use of more modern materials like neon colours and mixed media. Her goal is to craft high quality artworks, a feature she considers to be absent in the contemporary art scene.

As a painter Finne is a full on maximalist, as a counterreaction to the strict norms of minimalism. Her project is to take the contradictions and contrasts within the medium of painting and force them to work together within the same picture. One of her goals is to bring together the classical traditions with the abstract and expressionistic.

Finne approaches her paintings and themes almost like a director of  a theater. She creates a story by moving the elements she places on the canvas around until the right expression is achieved. Finne manipulates different contrasts and techniques in order to achieve her dynamic and intense expressions, and she seeks to evoke physical sensations as a way to connect with her own, and the viewers, emotions. She does this by putting different emphasis on brush strokes and textures on the canvas, or by putting colours against each other, like an acidic yellow against a more fragile purple hue, or a bold neon pink against earthier tones. The paintings consist of layers upon layers of acrylic paint, pieces of charcoal and other elements.

Finne’s art is often thematically consistent. The human condition and fragments of meaning, both physically and emotionally, are often present. Mythology and symbolism, like underlying whispers, attach themselves to the stories the pictures tell. Finne gives her paintings titles and they are important, as carriers of additional associations and as clues to the viewer as to how the artist experiences her own work.

In the words of art historian Espen Borling Josefsen – Finne is refreshingly unafraid in her work, equipped with the same boldness of expression that otherwise only can be found in dreams. And if dreams are indeed a relevant reference, there is never any doubt that Finne herself is in complete control of the dreamscapes she creates. She keeps the figurative and colourful elements under tight control, making sure that neither of the two gain dominion within the painting. Even when the pictures are saturated with colour, texture, figures, patterns and most importantly, energy, there is always a sense of balance and equilibrium. 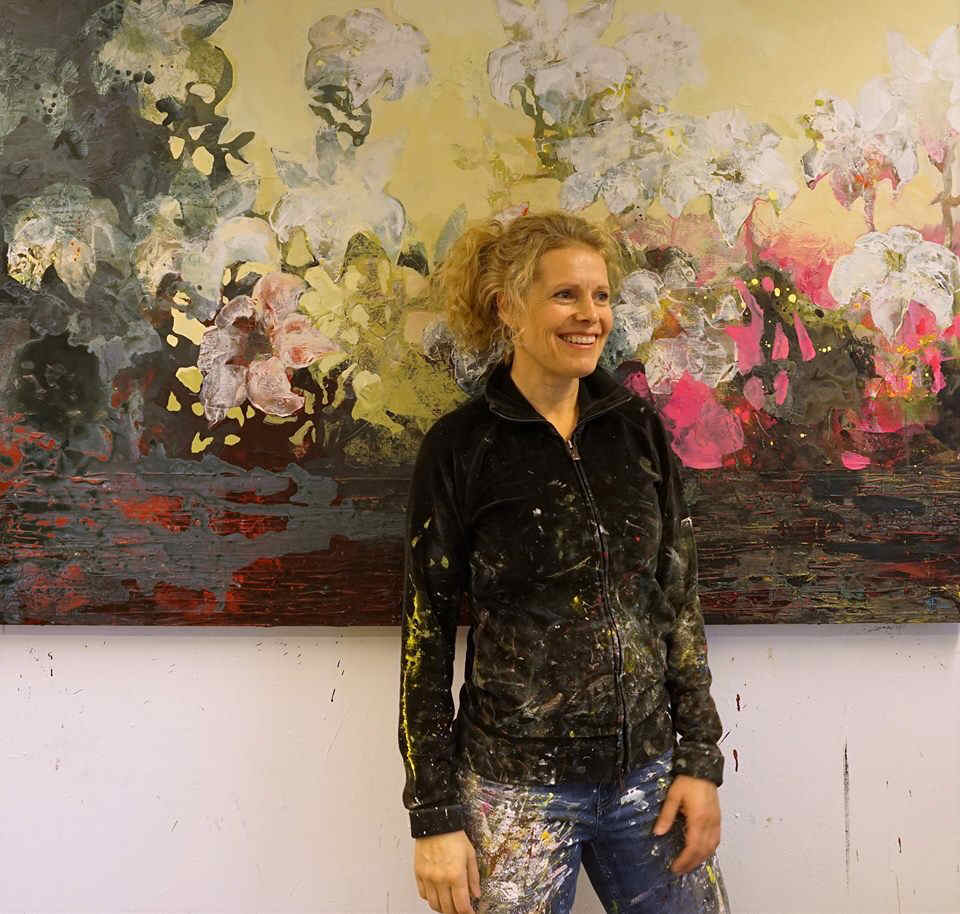