The Centaur – half man, half horse: Henriette Finne has painted the contours of this hybrid creature belonging to Greek mythology and filled it with dramatic strokes of poisonous greenish-yellow pigment and hues of brownish-black. His body is tense – he is rearing, partly out of the picture. In a small area above the curved horse’s back one can barely make out the background, serene light blues and a hint of soft sunlight, perhaps. A place far away from the unknown drama in which the centaur is entangled. A sudden zigzag across what must be the centaur’s shoulder resembles a snake, and the famous statue in the Vatican collection which shows Laocoon and his sons in the their dance of death makes a short appearance in the painting’s reality, only to melt away in the force field that Finne has created on the canvas. 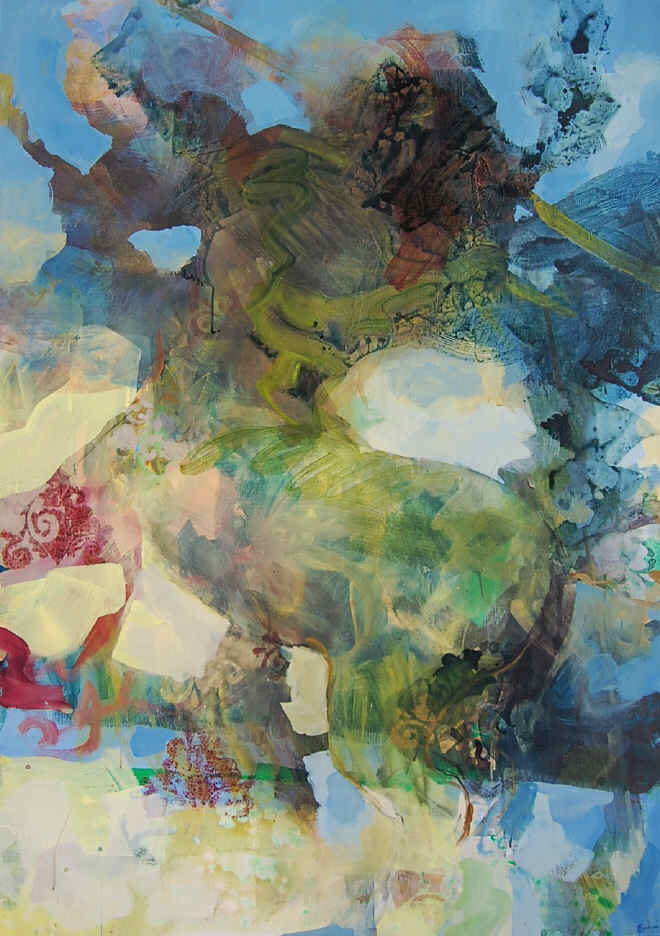 Henriette Emilie Finne often creates powerful and colourful spaces like these in her paintings, which address several of the beholder’s senses. Her characters situate themselves within and at the same time break away from colour and texture. Her canvases are rich with colours that sometimes blend seamlessly into one another, and at other times seem to clash and compete. She agitates colors against each other, and then goes on to tame them. The surfaces seem to consist of several layers of meaning, captured in dreamlike atmospheres, making it difficult to settle on one fixed message. Finne’s paintings are in a sense layers upon layers of potential meanings.  Oftentimes she constructs architectural grids behind or in between her figures who are absorbed in action. As can be seen in the powerful work It is about Colours, where lashes of yellow cling to human figures and an architectural pyramid shaped grid appears in the middle of the painting. Finne often inserts ornamental fragments or patterns in her paintings, and when combined with thick layers of paint several layers of texture and tactility come to the fore. The figures in Finnes works are almost never fully outlined – they are partly dissolved in colour. Neither figuration nor abstraction get the upper hand in her paintings, they are equally present and interdependent. Her characters contemplate, communicate and act, either alone or together, inside a colouristic universe.

Finne is delightfully unafraid in combining figures and colour energies, as unafraid as dreams themselves tend to be. And if dreams are indeed relevant when viewing Finne’s paintings there is never any doubt that she is in full control of her dreamscapes. She keeps her characters and colour fields on a tight leash making sure neither of them dominate the canvas. Even when the surfaces are saturated with colour, texture, patterns, and not to forget, energy – there is balance and a sense of equilibrium. Inclusion of mythological characters in art, like the gryphon and the centaur, or birds and horses – together with humans – can be risky, often bordering on the banal. Finne on her part never allows these highly charged figures to dominate, but tames them with her brush, keeping banality at bay. One might say that the picture surfaces consist of colour, texture and constant delay of fixed meanings. The viewer can experience the paintings as colouristic force fields, or as figurative sites. The surfaces often give the impression of being transparent and moving, the foregrounds and backgrounds constantly switching places. The different elements seem to push forth or withdraw, depending on where the viewer chooses to focus. 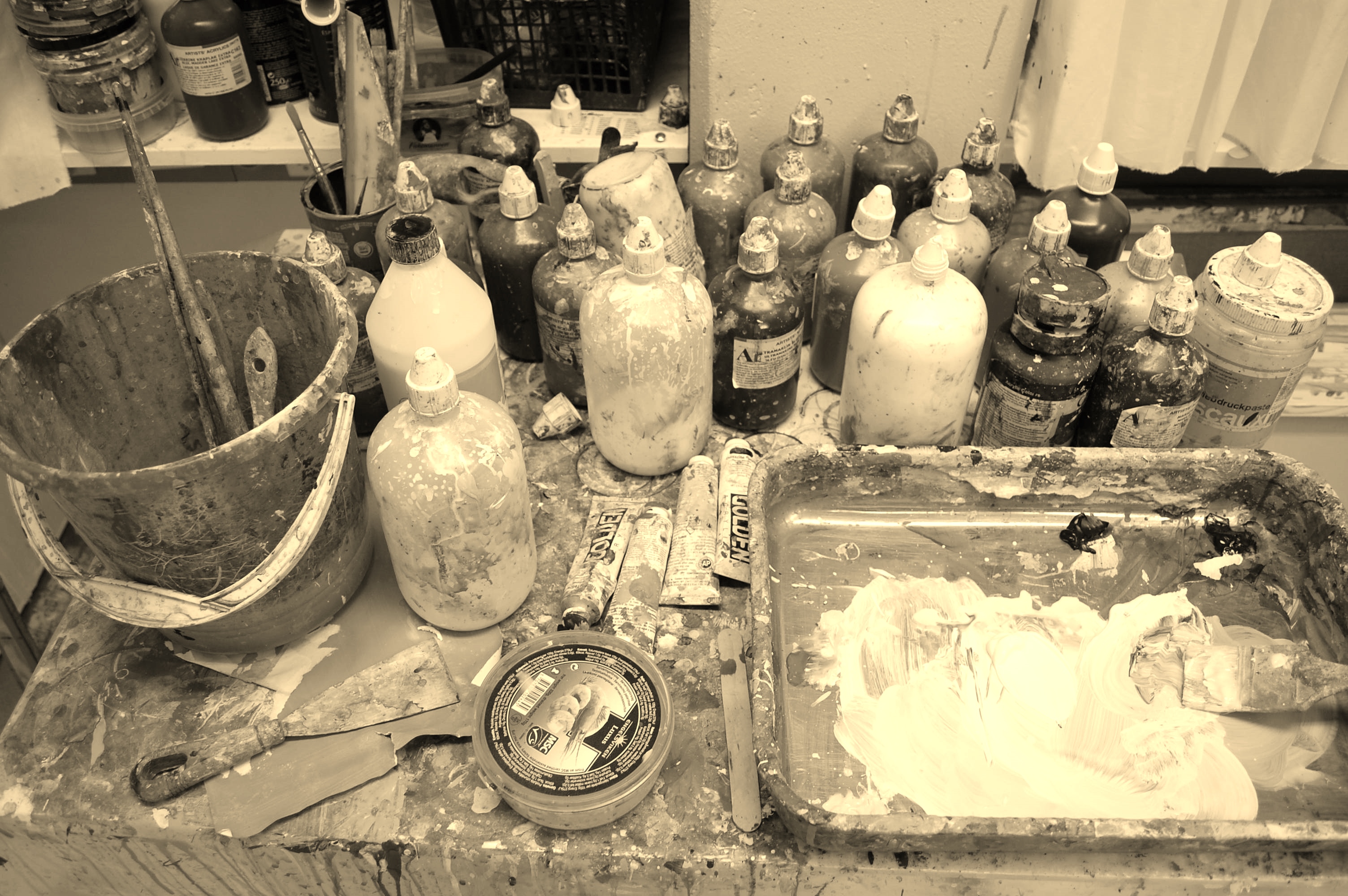 Finnes paintings never force the viewer to decide on fixed meanings. They offer clues, distant echoes and sometimes even loud voices, but they never insist. They allow their viewers to enter them and discover their own truths. Paintings like The Bird Whisperer or Centaur are nonetheless so saturated with action that one might want to view the ongoing drama from the outside. Other paintings, like Childhood, or Memory, bring us in because they seem familiar on a human level. And the common denominator in Finne’s work might very well be just that – the elusive human condition.